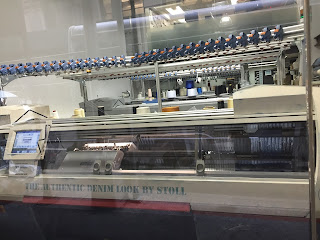 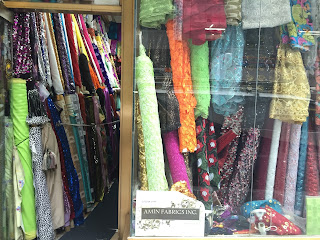 Norma Rae is a 1979 film, based on the life of the late, legendary, textile workers’ union organizer, Crystal Lee Sutton. In the title role, Sally Field honors the formidable works of the film’s director Martin Ritt, and the screenwriting spouses Harriet Frank and Irving Ravetch. The re-viewing of  Norma Rae, in a bioethical context, is prompted by the worker health confounding plethora of  anti-union legislation plaguing several of the poorest states of the USA. An eighteen year old, entering the work force this year, has probably never seen the film Norma Rae. That is a travesty.

The character Norma Rae was a textiles factory worker in North Carolina. It was the 1970s,  when the textiles industry in the USA employed nearly 40% of the  nation’s workforce, and was largely not unionized. The same industry is now less than 2% of the work force but is experiencing a resurgence in the past few years, as work is returning from the instability of other nations.

Norma, was poor, white, widowed and a mother of three. The factory town in North Carolina where she lived was rife with poverty, racism, sexism and classism.  She worked in the town company factory, as her parents had before her, and still did. The heft of this story and performances, taking this woman from unconscious to universal conscience remains impressive. Norma Rae stands on the shoulders of  Article 23 of the Universal Declaration of Human Rights which ascribes:

Everyone has the right to work, to free choice of employment, just and favorable work conditions,  protection against unemployment (and among other things), the right to form and to join trade unions for the protection of their own interests. Like much of the UDHR, Article 23, sprang from unprecedented violations of humanity wrought by the expansion of technology associated with the atrocities of both WWI and WWII. This is how Norma Rae meets bioethics.

The science of public health shows, from 2012-2013, alarming trends of disparity in states where the bargaining capacity of unions, and union organizing, has been diminished by recent legislation. In those states, workers wages are lower; there are lower amounts of health insurance coverage needed for individuals age and life stage; non-union workers pay a larger share of their health insurance premiums; poverty rates are higher in both adults and children; infant mortality is higher and; workplace fatalities are a startling 54% higher.

Norma Rae’s transcendence to consciousness, prompting her union organizing, visually parallels the ascension of the main character in Roberto Rossellini’s Europa ’51, Irene Knox.  Irene (Ingrid Bergman) is the wife of a wealthy American industrialist residing in post WWII  Rome. After her child dies, she searches for and attains a sensibility close to that of St. Francis of Asissi. Oddly, St. Francis is considered the earliest documented source of Bioethics. Imagery of St. Francis is iconic for  empathy in Europa ’51 — flocks of children and families like birds, frequently surround Irene, as she shifts her world perspective to embrace them.

Ricardo Andrés Roa-Castellanos, Bioethical common factors amidst Krause masonry and Saint Francis of Assisi systems of thought appeal to respectful dialogue, nature and understanding: the Jahr’s dialogue beyond the age of "enlightment" and the metadisciplinary "dark" ages. http://hrcak.srce.hr/74189 Accessed September 14, 2015.