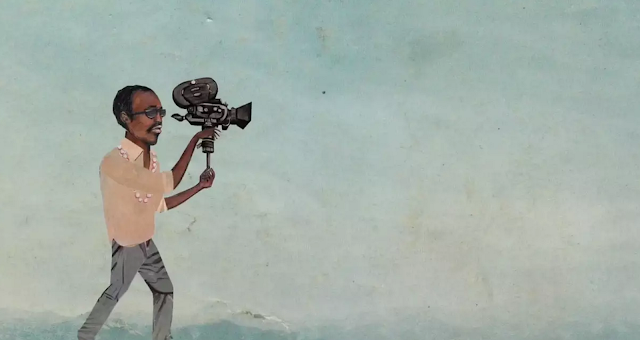 Collé’s is a polygamous family. She resists her daughter having female genital mutilation (FGM), colloquially called “cutting.”  She is horrified that a relative secretly ‘cut’ her youngest daughter. The mother has been steadfast in her refusal of cutting since her children were born. Now, under the pressure of impending marriage, even the bride to be elder daughter wants her mother to capitulate. The mother still refuses though, causing the bride to social ridicule. Collé’s ostracism and beatings are her reward for redefining the cultural moral high ground.

Gradually winning a few other village women over, they often gather at the radio where new thoughts are introduced by journalism and music. The men in the village are not oblivious to the radio's support of women’s rebellious acts. The glory of Moolaadé is that the fight against female genital mutilation arises from the same culture from which the horror comes. Collé fights to change the archaism within her own community. Medicine has been served well when recognizing “The people with the problem very often hold within them the solution.”

Desert Flower is a film adapted from the book of the same name by Somali born writer and human rights worker, Waris Dari. It shows the evolution of the author’s own understanding and isolation because of her FGM. Her courage is catalyzed by her European immigration and moral shifts.

FGM is like the Nazi Sea Water experiments. The Nuremberg Code, drawn from the Nuremberg Trials is, along with the United Nations Declaration of Human Rights, the historical underpinning of modern bioethics. The former established two major violations of human research and medical care. One was research without a scientific hypothesis. The other is doing things that don’t need to be done. The classic example is the sea water experiments. There was no need to only give people sea water to drink, not for research or for their care. Centuries of ship's logs document the effects of drinking seawater.  Another example is a 40 year observational study of the natural history of syphilis on 300 Black men in Alabama when it had long been studied in Oslo years before.

Emerging from stigma, the documentation of the negative effects of FGM, provided by those who have had it, establishes a clear pattern. Gynecologist Dr Rosemary Mburu from the World AIDS Campaign in Kenya, reports “female genital cutting” in her work. She estimates that while 15% of cut girls die of the excessive loss of blood or wound infection, survivors have lifelong pain, including: while having sex, urinating or working.

Mary Nyangweso Wangila's 2014 book, Female Genital Cutting in Industrialized Countries: Mutilation or Cultural Tradition?, provides an excellent analysis.   Mary makes a strong case for not pitting culture against the human consciousness movement of the last 200 years. Slavery was once an acceptable norm too, but you can’t begin to stop it if no one agrees to try.  There we are, full circle back at Sembene’s first film, Black Girl and the issue of domestic slavery.

Both of Sembene’s bookend films, like the story directors Samba Gadjigo and Jason Silverman portray, deal with personhood as included in each aspect of the UN Declaration of Human Rights. Sembene is both honored and dishonored by being called the father of  African Cinema… he is so much more than that.