A LIGHT BENEATH THEIR FEET Bridges Between Mental Health, Home Health Workers and Bioethics

A Light Beneath Their Feet is a coming of age story for both a daughter and a mother. Valerie Weiss’s directorial skill is remarkable. She uses a spotlight halo soft focus to keep the viewer tied to the amazing performances of Tayrn Manning (Gloria, the mother)  and Madison Davenport (Beth, the daughter). It is fortunate for the viewer that the director is able to keep up with the sophistication of the script and actors she has chosen to direct. Writer Moira McMahon Leeper has brilliantly clarified an inverted mother and daughter  relationship, occurring against the backdrop of mental illness. This film makes stressed family, clinicians, home care workers, and those with labile mental illness, feel less alone.

This film premiered at the 38th Mill Valley Film Festival, October 10, 2015. This is an intimate film about the continuum between mental illness and mental health. The bridge between these two entities is always in sway for everyone, the issue is extent.  Director Valerie Weiss came to her full film career after completing her doctorate in biophysics at Harvard. As such, she well understands the concept of elementary forced resonance, and that understanding has transferred to the subtleties of  her movie. It’s the subtleties that make this film great for  expanding bioethics consciousness.

Every science student learns about the Tacoma Washington Narrows Bridge collapse in 1940. It is a bedrock tale in physics. Aeroelastic flutter, caused by high wind, unable to pass through the construction’s unbending side walls, caused the bridge to “catch the breeze.”  The arc of the bridges sway increased in magnitude,  eventually over taxing the elastic capacity of the materials used to build the structure. The initial signs of the rigid architecture’s collapse were barely perceptible. In A Light Beneath Their Feet Beth is able to recognize tiny shifts in the mental health of her mother, Gloria. Beth knows the bridge between her mother’s decompensated bipolar disease, and her functional capacity to be delicate, vulnerable to a cascade, gaining resonance, yielding ever widening arcs of suffering.

A Light Beneath Their Feet represents  the 38th MVFF programming as both Active Cinema and the theme Mind the Gap.  Mind the Gap  is about disparity between talent of women, and availability of sustainable work for them in the film industry. The film brings honor to both these categories of the MVFF interest.

Through this film, we experience life with one of the 40 million (1:5)  people in the United States, with decompensated mental health. The mechanism of the film's narrative outlines that though  this is the story of a mother and a daughter, there are two caregivers. Family and professional caregiver’s narratives should star women. They are the people who usually do that work. Women do this work for less than a man would, poor acknowledgement, income and generally unacceptable working conditions. A Light Beneath Their Feet may be a work of fiction, but there is a whole lot of truth in it.

Family caregivers and home health workers, like Beth, struggle to cobble together a life for themselves as well as that for their loved ones who may be ill. The movement for home health care workers to  unionize, and  be recognized, is well underway.  Beth is younger than most of the children caring for their mothers in the USA.  At college age, Beth is  forced to consider her educational options in the context of her mothers needs. The more accepted situation sees a middle aged child caring for an elderly parent. However, it is mental illness which usually prompts that inverted relationship as well.

Dementia occurs disproportionately in the elderly, those with cardiovascular disease, traumatic brain injury and liver disease. Common fellow travelers of dementia are: depression, anxiety and psychosis. In the hands of an activated society, managing the abundant  dementia  diagnoses could be a back door to improving the home support for others with mental illness.

Those of any age or cause for decompensated mental health, share legal concerns regarding competency and bioethical assessment of capacity. Competency is an assumed legal construct  until proven absent. Capacity is innate. It allows individuals to establish and maintain a functional system of reasoning, protecting their own personhood. It is loss of capacity which results in judges declaring people ‘incompetent’ to manage their affairs. Incompetency is legally decided between matters of person and those of estate or finance. Fiscal conservators manage financial matters, writing checks, paying bills.  A guardian of person is assigned in circumstances where a person not voluntarily taking medications, or relinquishing weapons, may pose danger. All conservators are appointed by the court and serve as agents of that court. Being a danger to oneself or others is the sine qua non of incompetency.

The chronic pain community teaches us that most intractable suffering, from pain, is either initiated or worsened by adverse emotion.  In the current century science has realized, when the mind is unsettled by anger, sadness or fear, the brain becomes a petri dish for neuro-psychologic and physiologic decompensation. This was beautifully shown in the drug store where Beth was lucent enough to recognize the psychosis another customer was similar to her own mania, which frightened her. It frightened her so much that she could not rationally respond by getting and taking her psychotropic medicines. The concept of emotional stress resulting in imbalanced health has recently been distilled, for children, in the animated film Inside Out.

Gloria’s relationship with her psychiatrist has them both walking a clinical tight rope throughout the film. Her ability to maintain guardianship, not only of herself but her daughter is dependent on a consistent internal system of reasoning. True to reality, Gloria’s mental compensation is maintained through the love she shares with her daughter, but also by the essential use of appropriate psychotropic medications. Often with humor, A Light Beneath Their Feet captures the sense of wonder, and fear, for those sharing a life straddling the border of sanity. 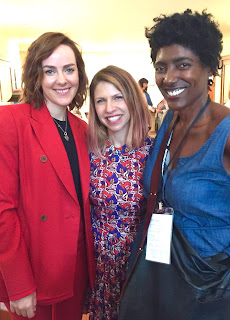 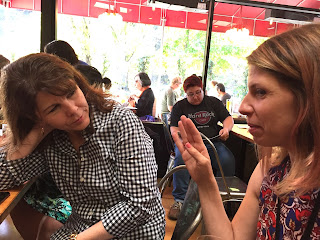 A Light Between Their Feet (2015) directed by Valerie Weiss, USA PhD productions (90 min)

Thanks for posting this info. I just want to let you know that I just check out your site and I find it very interesting and informative. I can't wait to read lots of your posts. Thirulee Education Consultancy