UNDER THE SAME SUN: Peace and Bioethics

In the Indian state of Rajasthan, near the Pakistani border, three orphaned children take in an injured adolescent boy, securing his humanity. “It’s a little film,” said writer-director Mitra Sen about Under the Same Sun, waiting in the Filmmakers Lounge at the 2015 Mill Valley Film Festival. Her modesty is genuine but the characterization of the works significance is inaccurate.

This ‘little film’ tackles enormous questions, using an equally large intelligence. Despite Sen’s earlier film, Peace Tree (2005), winning some 12 international awards, the director is oblivious to the power of Under the Same Sun. In this film, children are depicted exercising their moral capacity through their daily interactions with one another.

Sen’s film craft honors the legacy of Mira Nair, with its complex screenplay, and converging political and emotional plot lines. Perhaps, the greatest surprise is Sen’s facility with suspense. It rivals Alfred Hitchcock’s on his best day.  Think of the corn field scene in North by Northwest, or racing through the Marrakesh market in The Man Who Knew Too Much. A ‘tell’ forewarns Sen’s mastery. Seeing her diligence when ordering a sandwich in a deli is to see the artist at work. When she sorts out what she wants, Mitra can teach others how to help create it.

The geography of the film is significant. The region has a cross cultural population, split between Hindu, Christian, Muslim and Sikh people, who interact with one another routinely. The balance between these religions derives from a long complicated past. Mitra Sen’s contemporary handling of the cross cultural issues is masterful. She pushes the viewer to see so many colors in motion at once that the differences between them blend into a white light. Through a single example of emerging conflict, we are forced to consider the universal human rights violations when using children as weapons of war.

Bioethics pays special attention to the moral protection of innocent third parties. Justice requires an equal distribution of burdens and benefits. Children are disproportionately burdened and reap the least benefit in conflict zones. A middle school teacher, Mitra Sen’s primary aim is promoting childrens’ understanding of the mechanisms of peace.

Under the Same Sun was not an easy film for which to find resources, as if any ever are. Beyond financial issues was the reality of the nation of principal production. Sen arrived from her Canadian home to commence casting and production within hours of the 2008 Mumbai terrorist bombings. Neither India nor Mitra Sen are unfamiliar with difficult chaotic circumstances. Yet, it is remarkable that amid unprecedented horror, Mitra traveled from across the country to the border between Pakistan and India and began to make her Peace Genre movie.

One bioethical definition of peace is that it is a ‘good’.  Such ‘goods,’ in this context, cannot be held by the individual but only by humanity as a whole. However, we recognize peace when we catch glimpses. Otherwise, it eludes clarity.  In the same way that individuals may derail peace, a collective can keep it on track. Under the Same Sun turns the violence of war inside out, in search of the elusive peace. 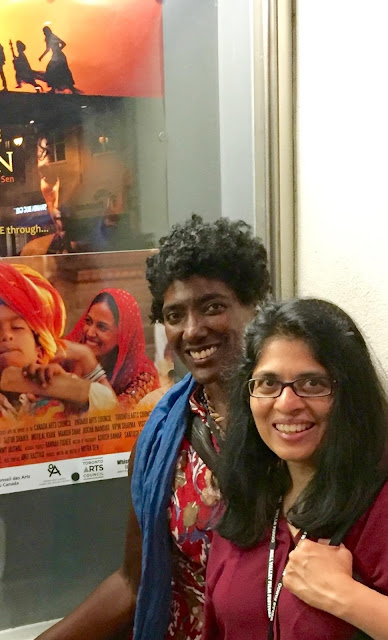 Posted by September Williams, MD at 9:29 AM